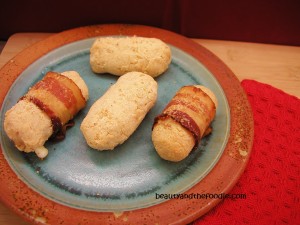 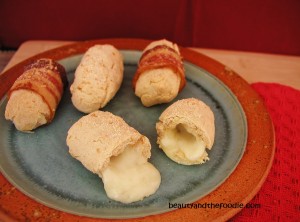 Primal, grain free, and low carb, baked mozzarella cheese stick and bacon appetizers. These are  crisp on the outside and melted, cheese, gooey on the inside.

Before  I had dietary restrictions, I used to make some mean appetizers. Now that I eat grain free, and low carb, it is very challenging to make appetizers without the use of phyllo dough or puff pastry.

I made these with jalapeno Mozzarella cheese string cheese, but you could make with plain string cheese, if your not a spicy fan. I made some with bacon, and some without.

The verdict is in, and the kids said they like the bacon ones better, not surprised. 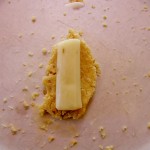 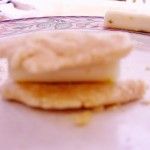