I had intended for this recipe to be a fruity upside-down cake, but it ended up having the texture and taste of bread pudding.

Sometimes a recipe will turn into something even better than what you had planned on, and other times it fails.

I'm glad this experiment turned out delicious, although it went in a different direction than I had planned.

This is not made like traditional bread pudding. I did not chop up stale bread, or bake it in a water bath.  So, I was really surprised it turned out similar to bread pudding.

My Mom happens to make an amazing Dutch bread pudding, but it is not grain-free or low carb, and it is also tedious to make.

Although this recipe is different than hers, it is a great, grain-free, and healthy substitute.

My family loved this and agreed that it tastes like Grandma’s bread pudding with blackberries instead of raisins.

I served and this topped with homemade coconut whip cream or whipped cream, but this would also be amazing with paleo or low carb vanilla ice cream!

Another simple low-carb blackberry dessert recipe that we adore is this one: Easy Keto Creamy Blackberry Fool. 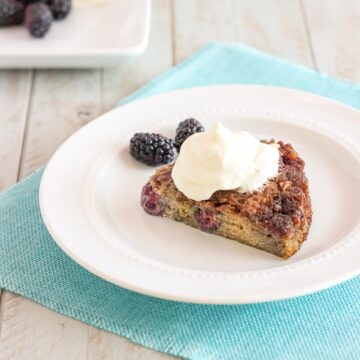 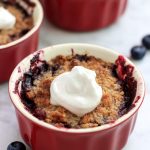 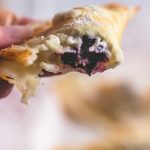 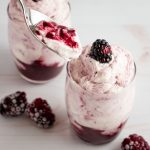