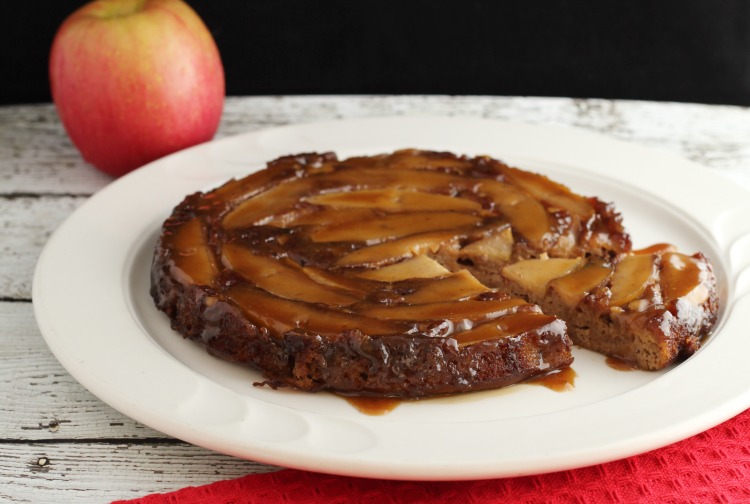 I love caramel apples but they do not love my teeth or my waistline.  I wanted to get some of that caramel apple flavor into an apple cinnamon cake, but still have it be grain-free, paleo-friendly, and have a low-carb option.

I made an apple cinnamon upside-down cake, then I poked holes in the top and poured caramel sauce over it.

But of course, you can just eat it as an upside-down cake, without poking holes or making caramel sauce.

I really liked how the caramel sauce turned out, and think I might need to put it on coconut milk ice cream or on other treats.

I have been eating this cake with breakfast and it is perfect with the morning coffee.

My family (the food critiques) all agreed that this cake is a keeper. It is so much easier than making an apple pie.

The cinnamon and nutmeg in the cake smell amazing while mixing and baking.

Cinnamon and nutmeg have so many amazing health benefits, as well as adding delicious flavor to this cake.  I listed some of the health benefits, so you can feel even better about this healthy cake.

This post contains affiliate links. If you purchase through them, your cost will stay the same, but Beauty and the Foodie may receive remuneration or a small commission. Disclosure & Privacy Policy 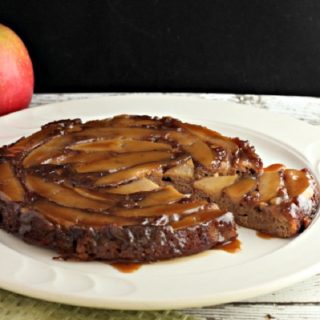 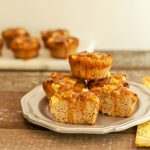 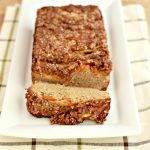 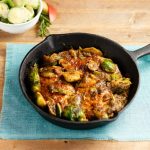