I am so delighted with this French Apple Pie Bread recipe! I love french apple pie with its sweet cinnamon crumbles and apples.

But the amount of apples in a pie is just not low carb, and baking a pie from scratch is so much work.

So I thought making a grain-free bread loaf with just a thin layer of apple slices and a crumble topping.

That way I get french apple pie flavor in an easy low carb and paleo bread recipe.

I made this and ate a slice of this for breakfast every morning.

When it was gone, I was sad, so I made another loaf. This one is a keeper!

* For Recipe, Directions, and Printable Recipe Card, scroll towards the bottom of the post.

Another yummy low-carb dessert bread to try is my Keto Pumpkin Streusel Bread! 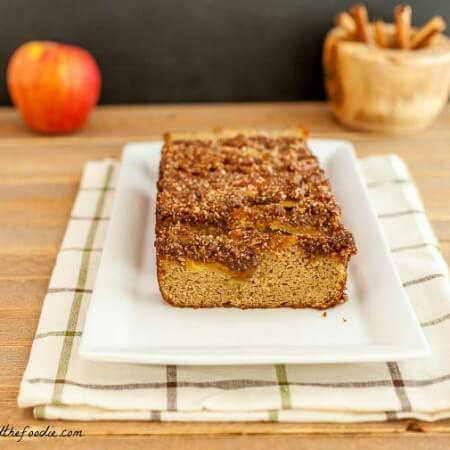 *all nutritional data are estimates based on the products I used*

RELATED POSTS FROM AROUND THE WEB: 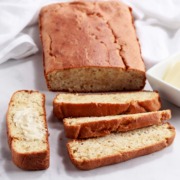 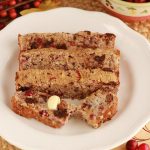