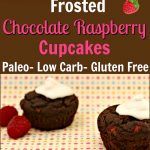 Frosted Chocolate Raspberry Cupcakes are fudgy cupcakes with raspberry accents and frosted with a creamy vanilla frosting. These are grain-free, paleo with low carb and dairy-free versions.

First of all, I just need to say wow, these are so ridiculously good! I will be making these for my birthday. Well, probably sooner than that.

My husband said after he ate one of these, “Wow, these taste like real cupcakes!” As if I’ve been feeding him fake cupcakes.

When actually, these are the first time I’ve made healthy cupcakes. I think he was referring to all the muffins I’ve made.

I don’t think he pays attention, or really notices those subtle differences. He is not a big fan of sweets, so he says, but he keeps asking me if he can have more of those cupcakes.

My picky eater child loved these, even though he did not like raspberries. He said they were chocolatey enough to make the berries taste good. These were fairly easy to make and were fudgier than most cupcakes.

I really enjoyed the chocolate and raspberry flavors, and I had one without the frosting, and it was really good as well.

I can’t decide if I like them better with or without the frosting. My husband and son prefer frosting. Either way, these are a crowd pleaser.

Do you prefer chocolate frosted cupcakes? These Keto Rich Chocolate Cupcakes are delicious!

Products & Tools That Are Helpful: 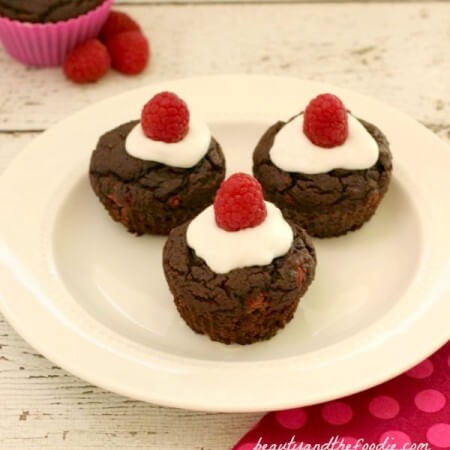 Recipes you May Also Enjoy:

Related Posts Across the Web: