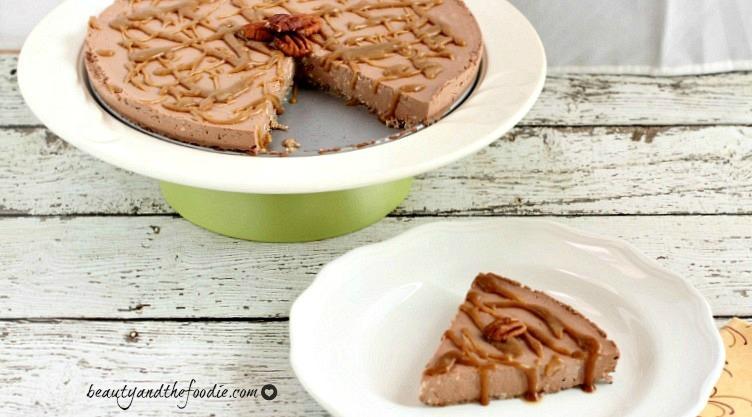 Chocolate Mousse Caramel Pecan Cheesecake is a cross between chocolate cheesecake and chocolate mousse on a grain free pecan crust with an amazing caramel sauce topping.

This decadent dessert is, grain free, low carb, primal, gluten free and requires no baking. It can be primal or low carb depending on sweetener option used. I wanted to make a cheesecake that had sort of a chocolate turtle flavor.

I decided, since it has been warmer weather, to make this a no bake variety. The fact that it is easier to make had nothing to do with that decision, oh no it didn’t, lol.

We were very happy with how this creation turned out. It is not as dense as a cheesecake, but not as light and fluffy as a mousse. It has a creamy, silky, and slightly firm texture. The low carb version of this pie was delightful. This pie contains dairy, of course, but I will soon be experimenting with a dairy free paleo version, in the near future.

I know that you are probably surprised that these are not mini pies or tarts. I almost always make those, but decided to make a whole pie this time, as I had guests coming over.

I also had new set of springform pans to play with. They are pretty awesome, and I should have purchased these years ago. I actually used to make cheese cake in a regular cake pan, and it was not easy to get it out of the pan at all. It took me 20 years to decide to make it easier on myself and buy these springform pans. 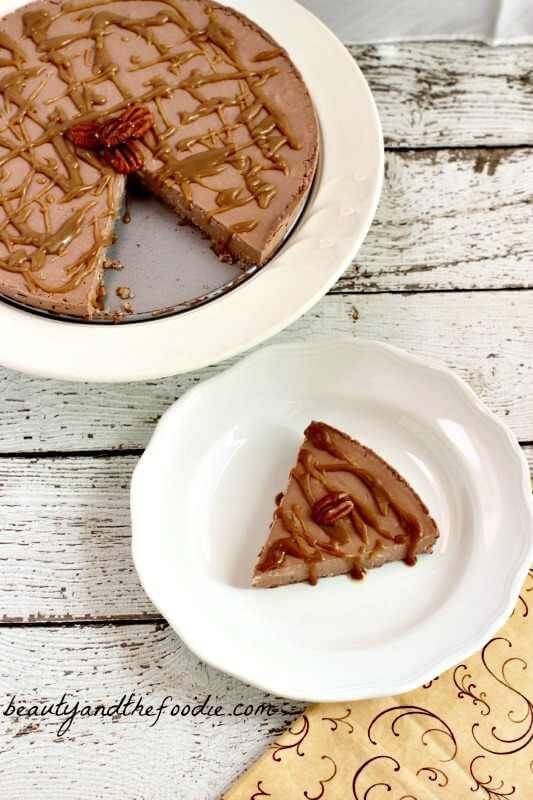