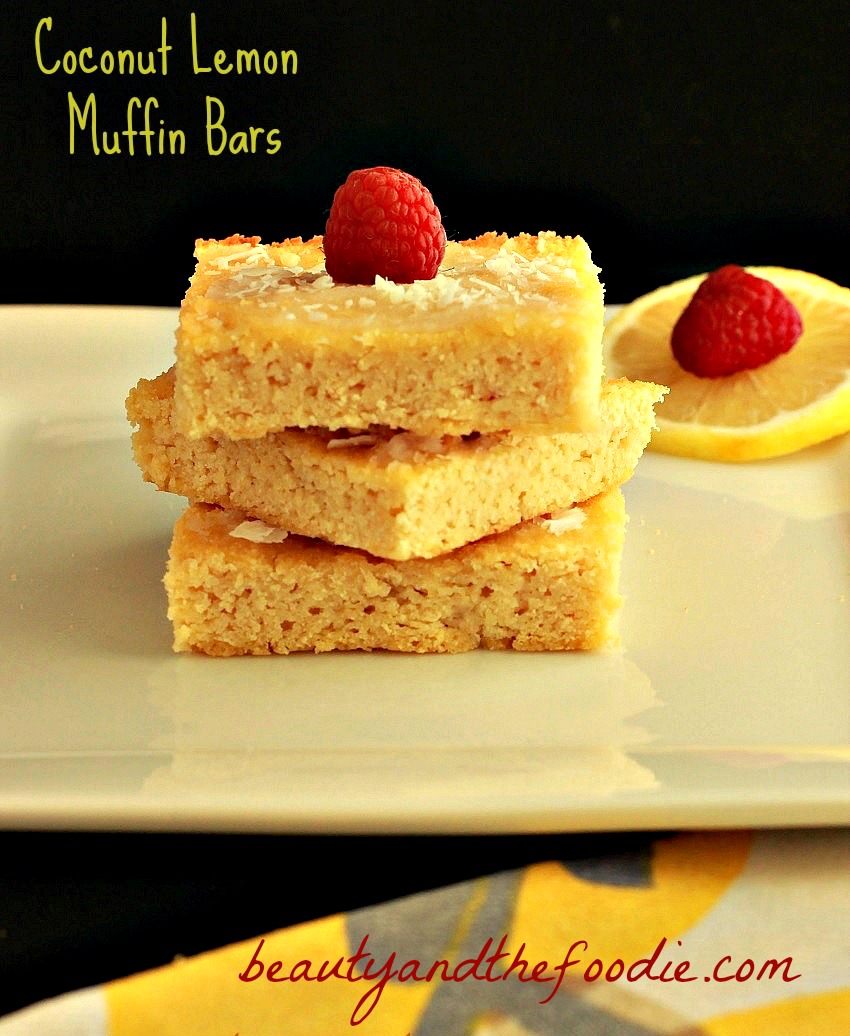 New and improved "Coconut Lemon Muffin Bars" are an easy, lightly sweet, lemony, anytime treat.  They are the same as before, but I added a lovely, lemon coconut frosting and little more lemon flavor.

My daughter said it needed more lemon. She critiques my food like she's a judge on Top Chef, lol. I think you will enjoyed the improved version even more than the original. Also added a better photo, yay.

I still struggle daily with photography. Why did I never learn to use a camera properly in my life time? I was sure missing out on some creative, but complicated and tedious fun.

These muffin bars are great with coffee or tea. Grain free, paleo, and has low carb options too. Is there any hobby that you never learned, but would like to take on now? 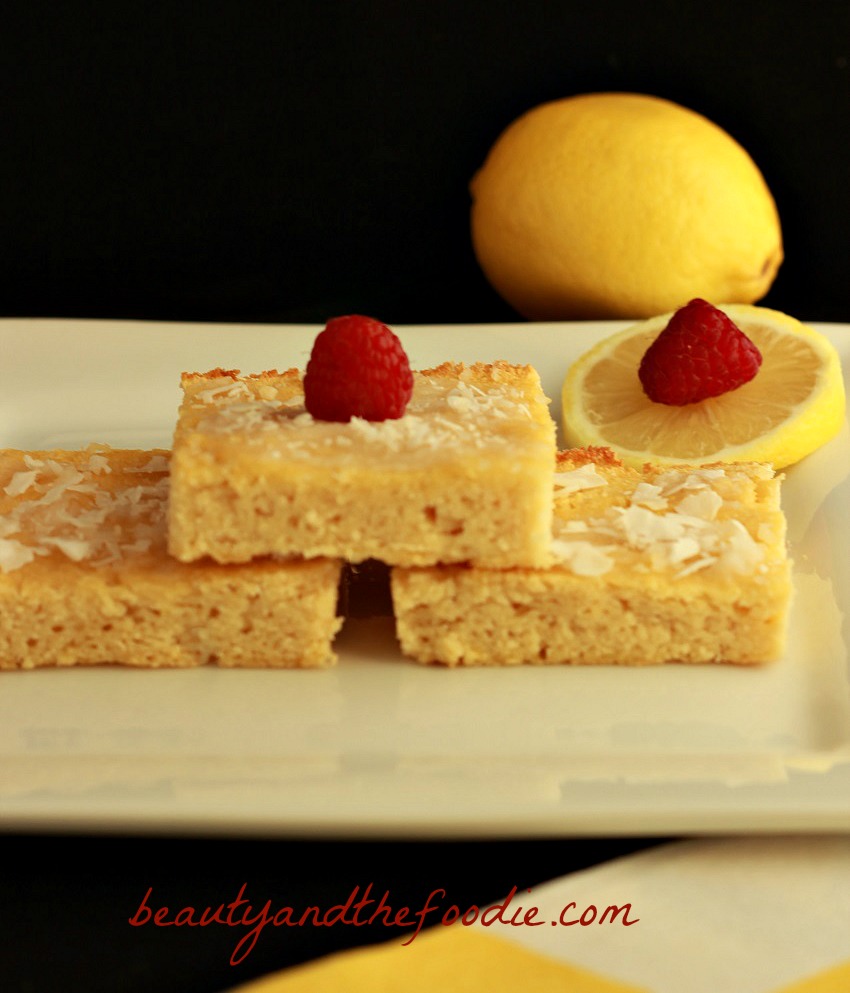 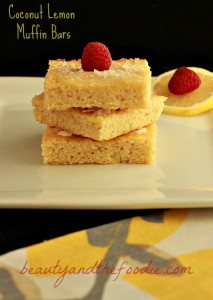