Paleo Banana Upside Down Cake is an easy, grain free, paleo treat to make, and a great way to use up those ripe bananas. I know, bananas are not low carb, so I do have options for low carb. Just swap out the bananas with blueberries or blackberries. I mostly eat primal and low carb, but my kids are not low carb, and my hubby definitely is not low carb. But I do sometimes indulge in the small amounts of banana, especially if I've had a physically active week. I limit the higher carb fruits and veggies, but I don't omit them from my diet entirely. I always feel like I need to explain than I'm" low carb" and not  "no carb".  Although, if I start gaining weight I do go back to very low carb way of eating. I need to stop boring you with how I eat, and start  showing you the recipe. Anyhow, this is an easy recipe to throw together whether you chose the paleo ,or low carb version. Spooning top cake layer into pan and spreading across the pan. Remove from oven. Cool and turn upside down onto plate. 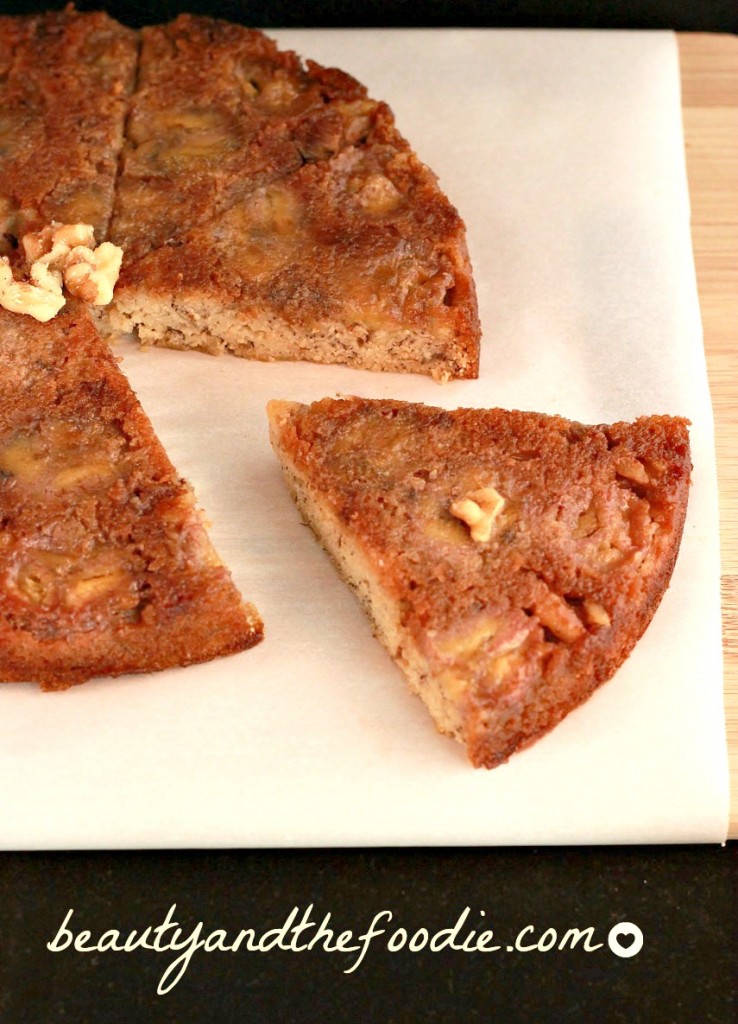 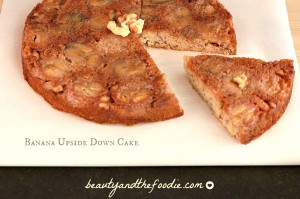