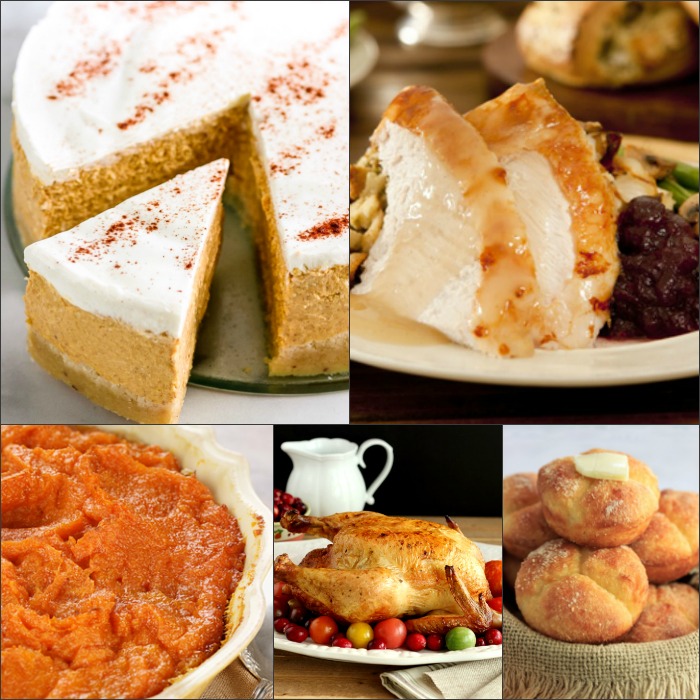 I collected all my favorite gluten-free, grain-free, low-carb Thanksgiving recipes from my favorite low-carb bloggers all over the net.

Most of these recipes I have tried and loved. And a few I have drooled over, and have on my holiday "must make" list.

So many of us need healthy, low-carb options to get us through the holidays without too many setbacks.

I, for one, certainly don't want to just watch everyone eat all the high-carb foods that I can't have.

I hope this list of low-carb favorites will help you as much as it is helping me plan my holiday meals.

Here is the list of all your favorite dishes done low carb and gluten-free!

Click on any of the links below for the recipes.

Savory Bacon Cranberry Cheese Tartlets, via Beauty and the Foodie

Crisp Oven Fried Garlic Mushrooms, via Beauty and the Foodie

How to Easily Grill a Low Carb Turkey on the BBQ, via BeautyandtheFoodie

Low Carb Cranberry Glazed Ham, via All Day I Dream About Food

Candied Yams with Marshmallows, via The Keto Diet Blog

Baked Garlic Cauliflower Mash with Cheese Crust, via Beauty and the Foodie

Keto Pull Apart Cloverleaf Rolls, via Beauty and the Foodie

Pumpkin and Orange Cheese Bread, via The Keto Diet Blog

Low Carb Pumpkin Caramel Latte, via Beauty and the Foodie

Sugar Free Coffee Liqueur, via All Day I Dream About Food

Pumpkin Pie Martini, via All Day I Dream About Food

Have a very blessed Thanksgiving with your family and friends, and thank you for supporting my family by being a loyal viewer and a friend.

This post contains affiliate links. If you purchase through them, your cost will stay the same, but Beauty and the Foodie may receive remuneration or a small commission.  Disclosure & Privacy Policy.